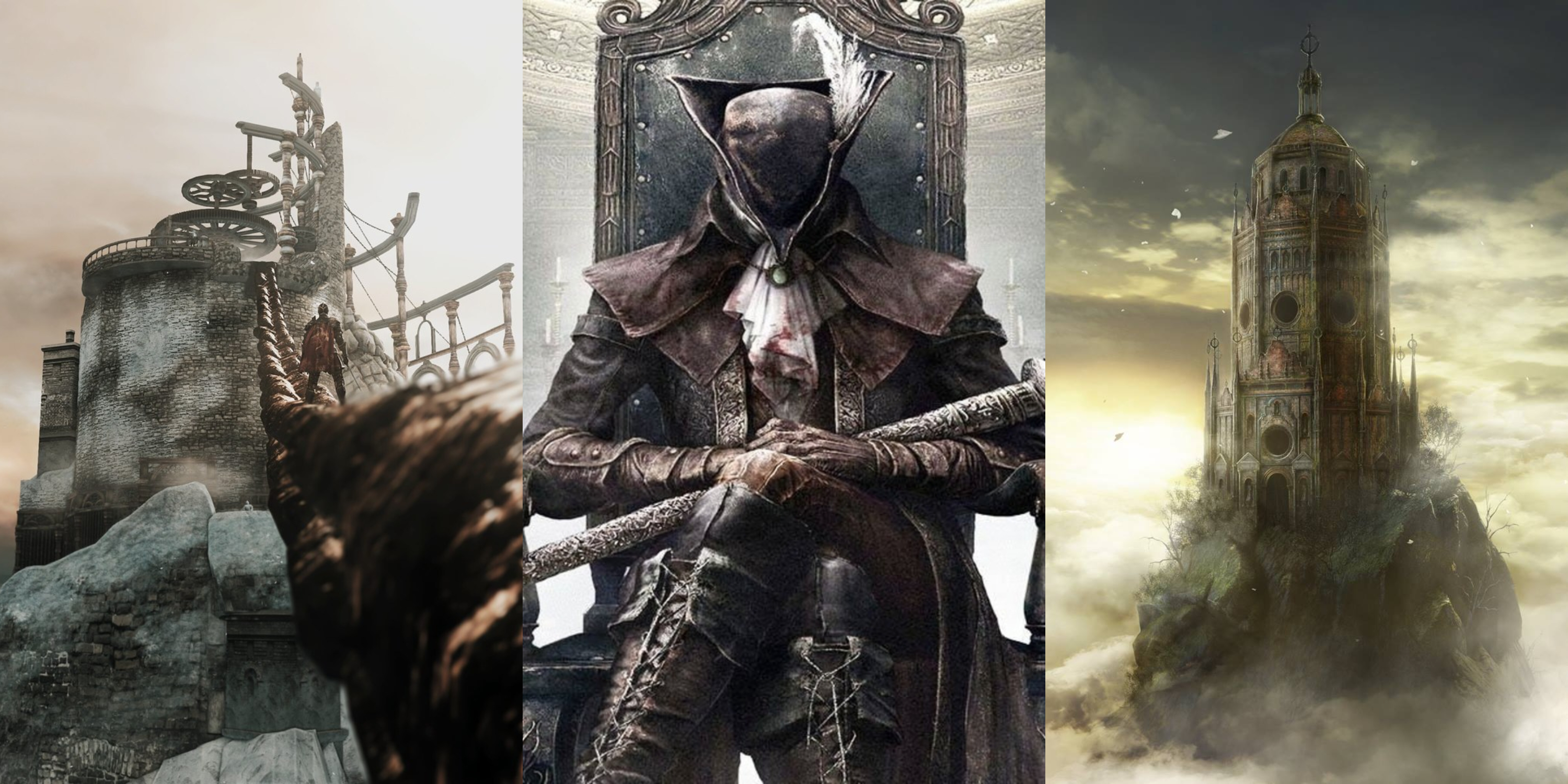 With rumors of an Elden Ring DLC being released later this year, FromSoftware fans everywhere are charged with excitement and eagerly waiting for any sign of what the DLC may be. While FromSoftware is staying very quiet regarding plans for the eventual release, it is worth looking back on its efforts from the past.

RELATED: 10 Elden Ring Mistakes Fans Want Fixed In The DLCFromSoftware has had a mixed history with DLCs. Dark Souls 2 struggled to produce even a single memorable DLC, while expansions like The Ringed City and The Old Hunters are arguably even better than their original games. FromSoft will undoubtedly be looking to their previous success stories to inform Elden Ring DLC, so fans can also look back to get an idea of what might be ahead.

Crown of the Sunken King was the first DLC for Dark Souls II, and as the black sheep DLC for the black sheep of the Souls series, its reception was mixed at best. Whilst the locale was very interesting, featuring a sanctum city built around a massive dragon, the DLC boss fell short.

All of Crown of the Sunken King’s bosses were lackluster, but the final boss of the DLC is purely a rehash of the base game’s final boss. It feels like a spit in the face to many fans who had at least hoped for a unique finale.

6 Crown of the Ivory King Was Frustrating But Unique

The final fight of Crown of the Ivory King makes up the entire grind of the DLC, with players focused on gathering allies and preparing for a climactic battle against the titular Ivory King. Like Crown of the Sunken King, Ivory King’s locale is incredibly interesting. But it also manages to have an incredibly exciting boss fight as well.

RELATED: 15 Video Games Where You Can Kill EveryoneEven so, the final fight can be incredibly frustrating. Because the player is reliant on NPC allies, the fight can go easily awry if the AI fails to do its part. This is particularly annoying in a game that otherwise rewards player precision and skill

Crown of the Old Iron King brought together everything that made the rest of the Crown trilogy interesting and combined it into easily one of the most interesting sections in all of Dark Souls II​​​​​​. The locale has a verticality that makes it incredibly interesting and unique. Furthermore, the boss fights are unique and avoid almost all rehashes and repeats.

The Old Iron King also comes with some of the most memorable fights in Dark Souls II between its bosses and NPCs. It’s this winning combination that makes The Old Iron King the best of the Crown trilogy of DLCs.

4 Ashes of Ariandel Kicked Off The Best Dark Souls Storyline

Early in Dark Souls III, players encounter a hooded man at a cathedral. If they interact with him, he holds out a shred of painted paper that pulls the player into a new, stunning world. The Painted World of Ariandel is the star of the Ashes of Airandel DLC. Players must navigate a rotting, dying landscape that is long past its prime as they journey towards a distant cliff-top church.

Inside this church is one of the most exciting and downright intimidating boss fights in all of Dark Souls. Sister Friede is beyond menacing and her boss fight is incredibly memorable. With the addition of several unique mobs that really switched things up from base game Dark Souls III, Ashes of Ariandel kicked off an incredibly exciting story finished in the second DLC.

3 Artorias of the Abyss Was An Incredibly Strong Start

Artorias is a beloved character in the hearts of Dark Souls players everywhere. Players constantly hear about this legendary character throughout the lore, and few other NPCs have had the impact Artorias has. As his title indicates, he eventually falls to the abyss and players must venture into it to find him.

The resulting journey is a culmination of what makes Dark Souls an ageless classic. It tells a beautiful story while still delivering constant, exciting, and thrilling combat. The final, climactic battle against Artorias has far-reaching implications for the lore of Dark Souls, and that’s one of the things that makes it most exciting.

2 The Ringed City Was An Iconic End To A Series

Slave Knight Gael, found at the heart of The Ringed City’s journey, is easily one of the most iconic FromSoft bosses ever. The culmination of two DLCs of storyline and even time travel hijinks, The Ringed City is the final DLC for the entire Dark Souls trilogy. It carries that heavy burden with incomparable style and panache.

RELATED: 10 Best Dark Souls 3 Bosses, RankedThe Ringed City is an incredibly unique and exciting location to explore, and the associated covenant makes for some of the most interesting end-game gameplay in the entirety of Dark Souls III. But the DLC’s true highlight is its story. As the closing chapter of an entire trilogy of games, The Ringed City strives to tell the ending to one of the greatest stories in video games and pulls it off beautifully.

Bloodborne is widely considered the best of FromSoftware’s Soulsborne series. Between its horrific Lovecraftian themes, the complex story, and the incredible combat flow, Bloodborne is the triumphant result of many years of lessons learned by FromSoftware. When the time came for DLC, expectations were high.

When The Old Hunters was released, it broke all expectations. This DLC is stuffed to the brim with unique boss fights, gorgeous locales, and some of the best soundtracks in the entire Soulsborne series. The Old Hunters represents everything a FromSoft DLC can be, and it could easily be the template for an equally successful Elden Ring DLC.

NEXT: The 15 Best FromSoftware Bosses, Ranked