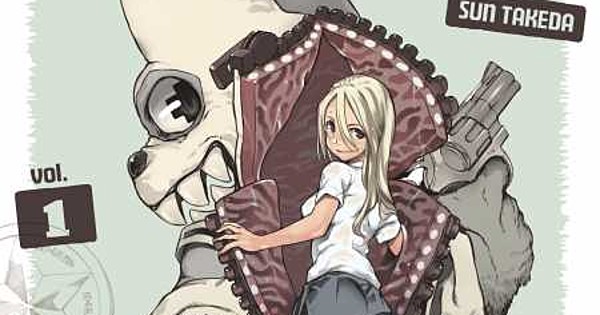 The 13th compiled book volume of Sun Takeda‘s Gleipnir manga revealed on Thursday that the manga will end with its 14th volume, which will ship in early summer.

Kodansha USA Publishing is releasing the manga in English, and it describes the story:

Shuichi Kagaya is an ordinary high school kid in a boring little town. But when a beautiful classmate is caught in a warehouse fire, he discovers a mysterious power: he can transform into a furry dog with an oversized revolver and a zipper down his back. He saves the girl’s life, sharing his secret with her. But she’s searching for the sister who killed her family, and she doesn’t care how degrading it gets: she will use Shuichi to accomplish her mission …

The manga inspired a television anime adaptation that premiered in April 2020. Funimation streamed the anime as it aired in Japan, and also streamed an English dub. Funimation released the anime on Blu-ray Disc in July 2021.