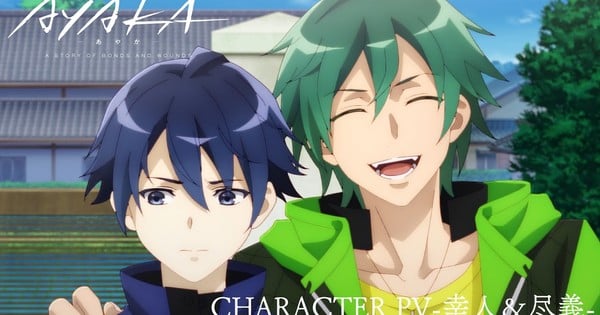 The anime will premiere this year. The cast includes:

The story is set in Ayakashima island, where Yukito, a boy with a mysterious power to control water and Jingi, a student of his dead father, come back to the island where he was born. Yukito’s return is mysteriously anticipated by two other men in the island.

Nobuyoshi Nagayama (Are You Lost?, Happy Sugar Life, Love Flops, Smile Down the Runway) is directing the anime at Studio Blanc, GoRA is supervising and writing the series scripts. The artist redjuice (Beatless, Guilty Crown, The Empire of Corpses) is drafting the original character designs, and Misaki Kaneko (Smile Down the Runway) is drawing the finalized character designs. Naoya Tanaka is the production designer.

GoRA and GoHands‘ K television anime series premiered in October 2013, and had several movie and manga adaptations, as well as manga spinoff stories.