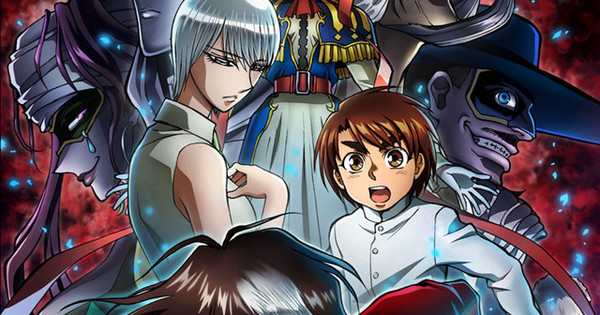 HIDIVE announced on Tuesday that it will begin streaming the first 12 episodes of the television anime of Kazuhiro Fujita‘s Karakuri Circus (Le Cirque de Karakuri) manga on January 31 at 12:00 p.m. EST. The anime will stream in Japanese with English subtitles.

Sentai licensed the anime and released it on home video. It describes the story:

Following his father’s untimely demise, Masaru Saiga inherits the family fortune as well as his father’s company. Too bad he also inherited a target on his back since his unscrupulous relatives want to murder Masaru and take what’s rightfully his! The only thing standing between Masaru and assassination is a sickly clown named Narumi Kato, a white-haired girl name Shirogane who claims she’s Masaru’s guardian, and the mysterious puppet left to Masaru by his father upon his death.

The anime premiered in Japan in October 2018. Amazon Prime is streaming the anime in Japan and overseas.