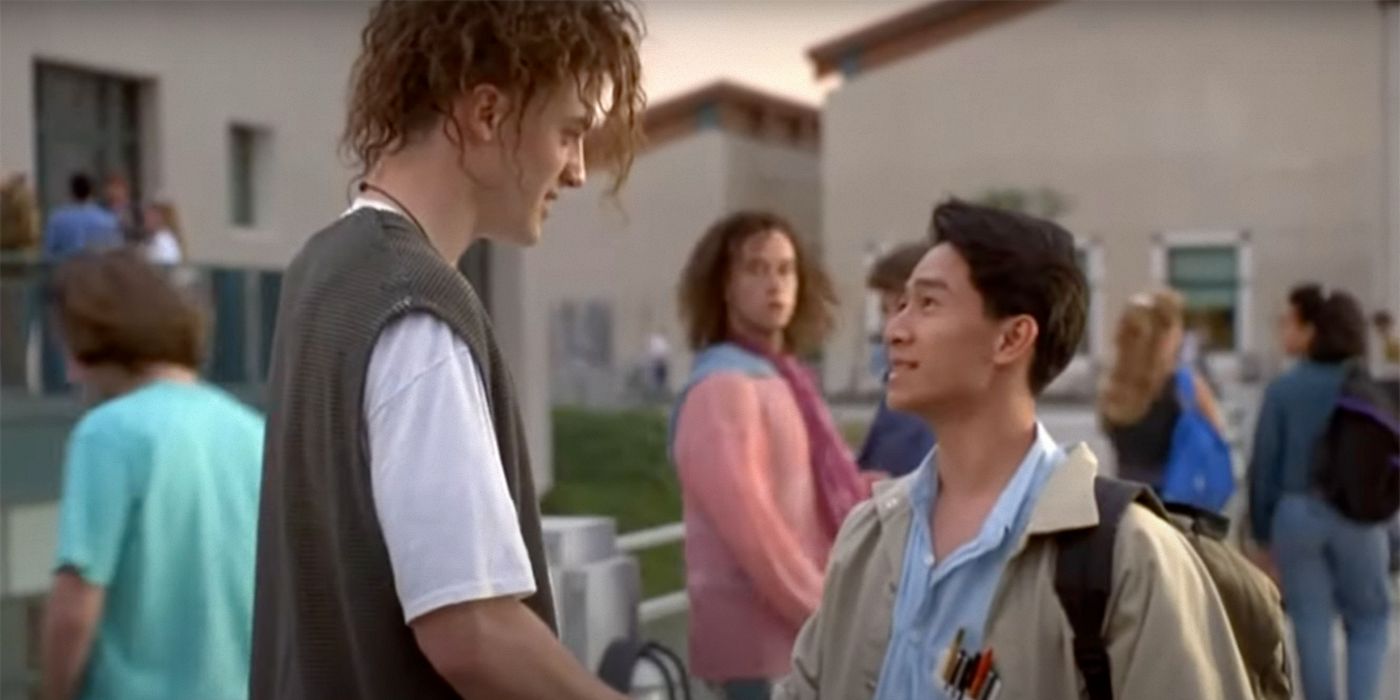 Everything Everywhere All at Once star Ke Huy Quan reunites with Brendan Fraser at the Critics Choice Awards to congratulate The Whale actor.

Everything Everywhere All at Once star Ke Huy Quan reunited with Brendan Fraser at the Critics Choice Awards.

Quan hugged Fraser to congratulate him on his Best Actor win for his performance in The Whale. At the 2023 Critics Choice Award ceremony, Quan also prevailed in the Best Supporting Actor category for his role in Everything Everywhere All at Once. The two actors previously starred together in the 1992 teen comedy Encino Man, the last time Quan and Fraser saw each other.

In response to the actors’ reunion, several fans reacted to the touching moment. @NovGirl91 pointed out how Hollywood wronged Quan and Fraser “terribly in different ways.” In 2018, Fraser recalled how he felt like the film industry had “blacklisted” him for coming forward with sexual assault allegations against Philip Berk, former president of the Hollywood Foreign Press Association. Since then, fans have dubbed Fraser’s career comeback the “Brenaissance” for roles in The Whale and DC Universe’s Doom Patrol.

As for Quan, he first began his acting career in the 1984 film Indiana Jones and the Temple of Doom as Short Round, Indy’s comedic sidekick. A year later, Steven Spielberg cast Quan as Richard “Data” Wang in The Goonies. To this day, the 51-year-old actor remains on Spielberg’s Christmas list. At 2023’s Golden Globes, Quan became the second actor of Asian descent to win Best Supporting Actor, after only Haing S. Igor for 1985’s The Killing Fields. In Quan’s speech, he graciously thanked Spielberg for giving him his first job in the Temple of Doom.

The Return of Ke Huy Quan

Following his childhood acting fame, Quan struggled to find work in the film industry. Inspired by the success of Crazy Rich Asians, Quan reentered the spotlight as Waymond Wang in Everything Everywhere All at Once. In terms of upcoming projects, he will next appear on Loki Season 2. Quan recalled his Loki co-star Tom Hiddleston’s fanboy reaction upon meeting the actor. “And he was so cute and so kind, and I was so excited and I said, ‘Oh my god, did anybody get that on tape! Please tell me somebody got that on tape!” Quan said.

Quan will also reunite with his Everything Everywhere All at Once co-star Michelle Yeoh in the upcoming Disney+ series American Born Chinese. Based on Gene Luen Yang’s 2006 graphic novel with the same title, American Born Chinese incorporates elements of ancient Chinese mythology combined with classic fairy tales like Cinderella and The Little Mermaid. Famous Chinese film actor Daniel Wu plays The Monkey King, while Yeoh stars as Guanyin and Quan as Freddy Wong. Other cast members include Chin Han as Simon Wang, Jimmy Liu as Wei-Chen and Sydney Taylor as Amelia.

The Whale is currently playing in theaters. Everything Everywhere All at Once is available to stream on Showtime and Paramount+.