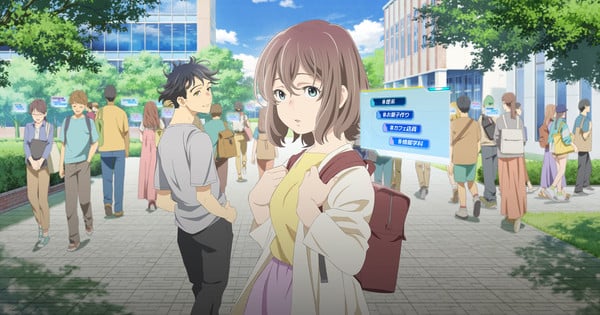 The anime takes place in the “smart city” envisioned by Kyocera. In the short, people express themselves through hashtags on aerial displays. Yume, who lacks self-confidence, tries to come up with a special hashtag, known as a “rare tag.” Minoru, her senior, has multiple “rare tags.”

The anime depicts the “smart city” envisioned by Kyocera, where everyone can comfortably and safely live with the use of advanced technology, and it also depicts the worries of job seekers. The anime’s title and theme reflect both the vexing issue of how to describe Kyocera‘s extensive business in just one word, and the mood of job seekers vexed by the interview question, “If you had to describe yourself in one word, what would it be?” (The job-seeking season for people fresh out of college formally begins in March in Japan.)

Ōima drafted the original character designs. Chigira directed the anime at Sunrise. The four-member rock band The Songbards contributed to the music.