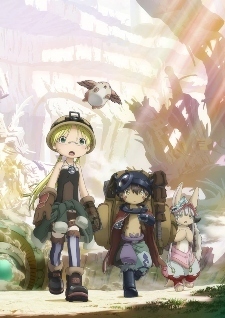 The official website of the Made in Abyss television anime series revealed on Sunday that the second season, Retsujitsu no Ougonkyou (The Golden City of the Scorching Sun), is getting a sequel.

Made in Abyss adapts Akihito Tsukushi’s adventure fantasy manga of the same title, which began its serialization in the Web Comic Gamma website in October 2012. Takeshobo published the 10th and 11th volumes on July 29.

The Fukaki Tamashii no Reimei sequel anime film opened in Japan in January 2020. Retsujitsu no Ougonkyou (The Golden City of the Scorching Sun) aired for 12 episodes in Summer 2022. Sentai Filmworks licensed the anime series and is streaming them on HIDIVE.

Seven Seas Entertainment licensed the manga in English in 2017 and shipped the 10th volume on May 3. The 11th volume is scheduled to release on April 18. The manga has also been published in multiple foreign languages, including Chinese, Mandarin, and Korean.

Made in Abyss ranked among the top 20 titles in the male readers’ division in the 2018 Kono Manga ga Sugoi! rankings and was nominated for the 11th Manga Taisho Awards.