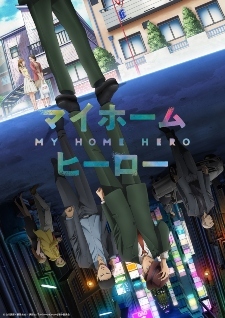 The official website for the television anime adaptation of Naoki Yamakawa and Masashi Asaki’s My Home Hero manga revealed on Monday additional cast, staff, and a key visual (pictured). The anime is scheduled to premiere in April 2023 on Tokyo MX and BS NTV.

Yamakawa and Asaki began serializing the crime drama manga in Weekly Young Magazine in May 2017. The manga went on hiatus in October 2021 after the end of its second part. The third part began on the 29th issue on June 20. Kodansha shipped the 19th volume on January 6.