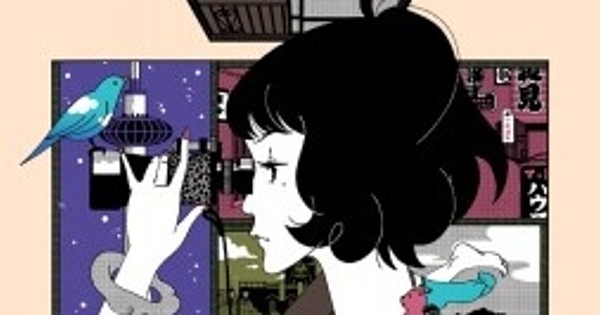 Nonprofit organization PEN America announced on Friday nominees for its 2023 Literary Prizes, and it has nominated Tomihiko Morimi‘s The Tatami Galaxy (Yojō-Han Shinwa Taikei) novel for PEN Translation Prize. The prize honors book-length translation of prose from any language into English. Emily Balistrieri translated the novel. The prize for the award is US$3,000.

HarperCollins’ HarperVia imprint published The Tatami Galaxy novel on December 6. The release will be followed with the sequel novel Tatami Time Machine Blues in summer of 2023. Balistrieri is translating both novels. Balistrieri previously translated Morimi’s The Night is Young, Walk on Girl novel, which inspired a 2017 anime film directed by Masaaki Yuasa off a screenplay by Ueda.

Ohta Publishing released Morimi’s The Tatami Galaxy novel in 2005, with Nakamura illustrating the cover. The novel inspired an 11-episode anime also by Yuasa in April 2010.

The anime series has a total of five episodes, and an original sixth episode streamed exclusively on Disney+. The sixth episode features an original story not in the novel, and footage that is not included in the anime’s theatrical compilation film version.

Tatami Time Machine Blues is a sequel to Morimi’s earlier The Tatami Galaxy (Yojō-Han Shinwa Taikei) novel. It shipped in July 2020, 16 years after the original novel. The novel is inspired by Makoto Ueda‘s Summer Time Machine Blues stage play. Morimi wrote the novel, and Ueda, Morimi’s friend, is credited with the original concept. The sequel novel combines elements of the stage play’s story with the characters from Morimi’s novel. Nakamura returned to illustrate the cover.