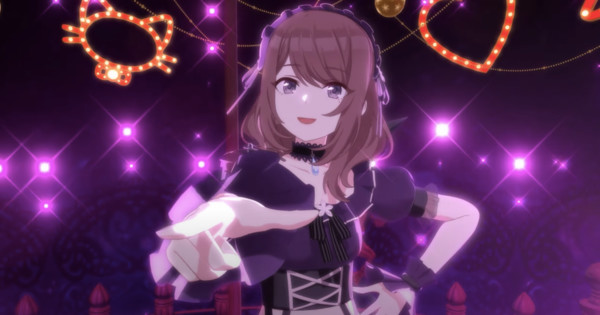 The staff previously streamed a video for Yukari Mikoshiro’s routine in late December. The staff also debuted a prologue episode 0 on December 23, and released the first five-minute episode on YouTube on January 13. Future episodes will also release on YouTube.

The story centers on Hinano, a very normal and mild-mannered 17-year-old girl. Since she was very young her grandmother ran a planetarium that Hinano loved, but one day Hinano found out that the planetarium would be closing down. Hinano worried about whether there was anything she could do for her grandmother and for the planetarium, and she coincidentally one day catches sight of a woman dancing on a pole under a starry sky. She gathers her friends and together they set up a stage in the planetarium to perform shows, and they jump into the world of pole dancing.

Avex Pictures and Tatsunoko Pro are both credited for the original work. Hitomi Ezoe (episode director for JoJo’s Bizarre Adventure franchise, Kageki Shoujo!!, Utano☆Princesama Revolutions) is directing the anime at Tatsunoko Pro. Touko Machida (Wake Up, Girls!, Show By Rock!!) is writing the scripts, and tomari is in charge of the original character designs. Yoshihiro Otobe (PriPara, KING OF PRISM by PrettyRhythm) is the CG director. Kenta Higashiohji (BUILD-DIVIDE -#000000- CODE BLACK, Pokémon the Movie: Secrets of the Jungle) is composing the music at Avex Pictures. KAORI of STUDIO TRANSFORM is the pole dancing supervisor.