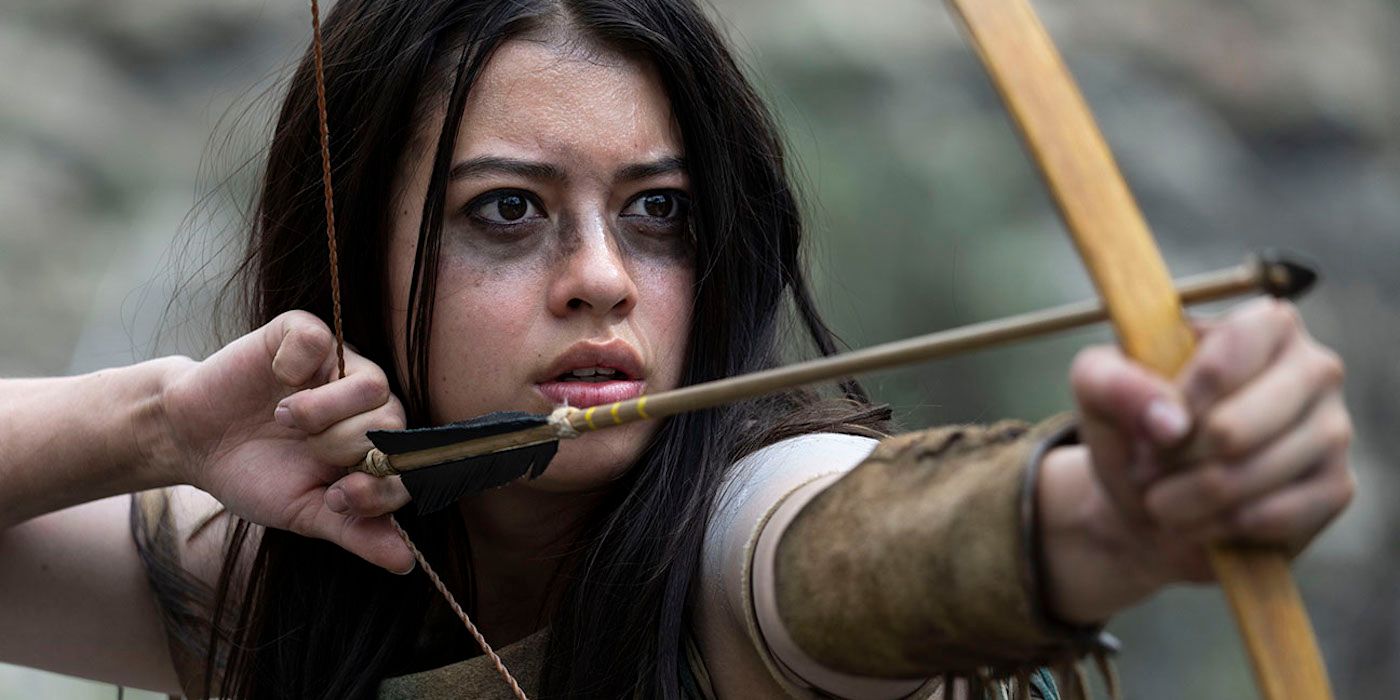 Prey’s Amber Midthunder expresses interest in reprising the Naru role, without confirming that a sequel to the Predator prequel is in the works.

Prey star Amber Midthunder recently played it coy when asked whether a sequel to the 2022 Predator prequel was on the way.

Midthunder, who played Prey protagonist Naru, discussed the possibility of a follow-up film during a red carpet interview with Variety. “I mean… I don’t have a date for you,” she said, when asked if a Prey sequel was in the works. “This is not an announcement, but I’m not saying it’s not [happening]… We talk all the time about all kinds of things and that was probably one.” Midthunder added that “of course” she’s interested in seeing where Naru’s story goes next and insisted she was “ready” for a sequel. “I loved that experience, I love that movie, and I would be happy to see where else we can take it,” she said.

Related: 2022 Is Going Through a Horror Renaissance

Predator fans began speculating about a Prey sequel immediately following the film’s release. This was in no small part due to Prey‘s unconventional post-credits scene, which features a hide painting of three Predator spacecraft landing in Comanche territory. Many fans interpreted this as director Dan Trachtenberg setting up the premise for Prey‘s as-yet-unconfirmed sequel. Trachtenberg confirmed as much in August 2022, saying that he “looked that far ahead” before work began on Prey‘s screenplay. At the same time, Trachtenberg also noted that once the script was finished he focused solely on Prey itself and is happy that the prequel functions as a satisfying standalone experience.

Trachtenberg’s attention has apparently shifted to sequels now that Prey is finished, though. The filmmaker revealed in September 2022 that he has ideas for the next movie, although at the time he wasn’t officially locked in to direct a Prey sequel. “I would like to be involved [in a Prey sequel], and I think there’s several really cool things to do next… [it] would be interesting to embark on a few different things,” he said. 20th Century Studios is yet to publicly comment on the future of the Predator franchise, however, Prey‘s strong viewership figures and overwhelmingly positive critical reception suggest that a direct follow-up is likely.

Should this prove to be the case, Prey 2 will face a similar challenge to its predecessor: putting a fresh spin on the Predator canon. Trachtenberg opened up about this aspect of franchise filmmaking shortly after Prey‘s release, admitting that it can be tricky to get the balance right between fidelity to the source material and blatant fan service. ​​”I think some movies get maligned for being too fan-servicey… and it’s like, it’s by a fraction, sometimes just one [reference] too many,” he said.

Prey is currently streaming on Hulu.