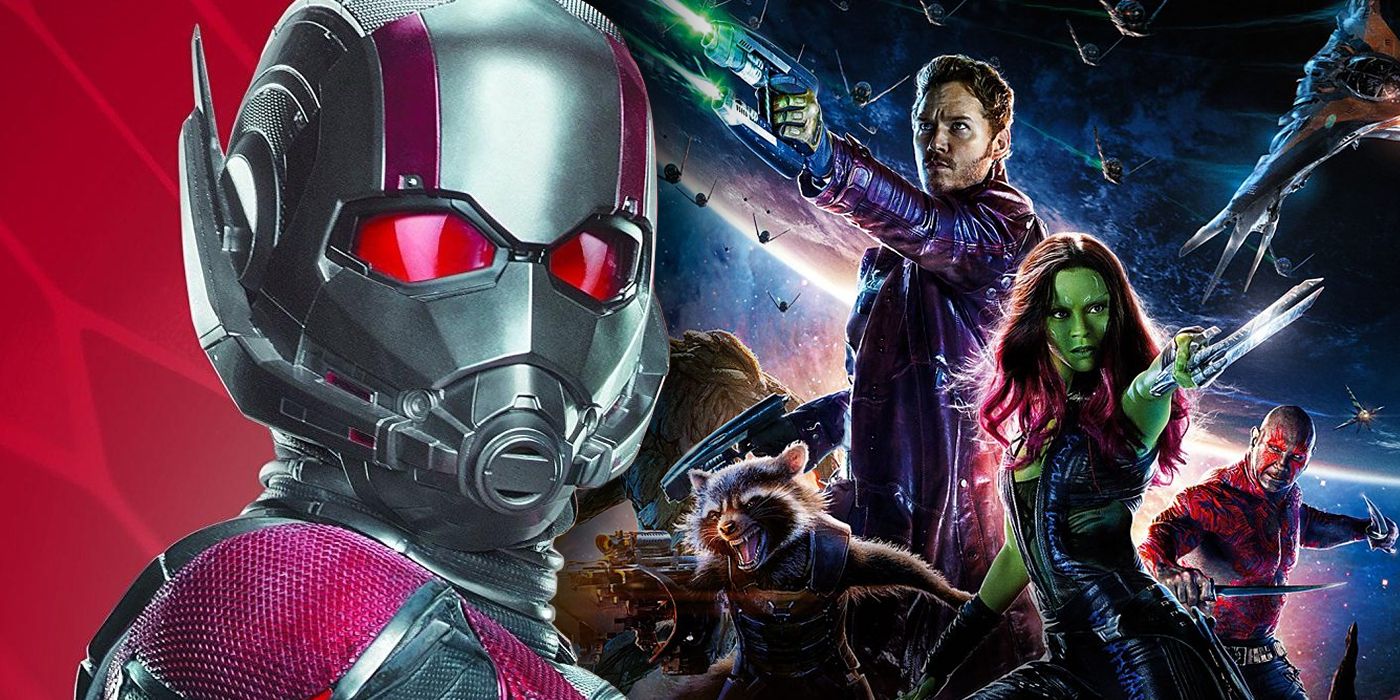 A new Ant-Man and the Wasp: Quantumania still shows Hank Pym wielding a type of weapon that Guardians of the Galaxy fans will recognize.

Ant-Man and the Wasp: Quantumania will feature a classic Guardians of the Galaxy weapon, if a newly released still is anything to go by.

The still comes courtesy of the latest issue of Empire magazine. It shows Hank Pym (Michael Douglas) wielding what looks like a quad blaster, the same type of gun favored by Guardians of the Galaxy team leader Star-Lord throughout his various Marvel Cinematic Universe appearances. Close inspection of the still suggests that Pym’s quad-blaster is a different model from Star-Lord’s, though. Unlike Star-Lord’s quad-blaster, Pym’s gun has a smaller top barrel and bigger bottom barrel, and it lacks any visible triggers or trigger guards.

Related: Ant-Man and the Wasp: Quantumania Image Reveals a Member of Marvel’s Micronauts

It’s unclear where Pym procured his quad-blaster, however, it’s possible he picked it up in Ant-Man and the Wasp: Quantumania‘s Quantum Realm setting. The former Ant-Man will find himself in the microscopic dimension along with his successor Scott Lang (Paul Rudd), wife Janet van Dyne (Michelle Pfeiffer), daughter Hope van Dyne (Evangeline Lilly), and Scott’s daughter Cassie (Kathryn Newton). Despite the dangers this journey poses to the quintet, screenwriter Jeff Loveness talked up the Quantum Realm’s more positive qualities in a recent interview. “It’s a fun place,” Loveness said. “It’s a limitless place of creation and diversity and alien life. It’s Jodorowsky’s Dune within Marvel.”

Ant-Man 3 Screenwriter On Pitching the Movie

In the same interview, Loveness recalled the original brainstorming session for Ant-Man and the Wasp: Quantumania. The scribe noted that this meeting yielded the basic pitch for the sequel, which was “What if Ant-Man is accidentally in an Avengers movie by himself?” This idea resonated with director Peyton Reed, who previously revealed that he lobbied Marvel Studios president Kevin Feige to make the third Ant-Man installment more high-stakes than its predecessors. “For this third one, I said, ‘I don’t want to be the palate cleanser anymore. I want to be the big Avengers movie,'” Reed said.

Reed ultimately got his wish, and Ant-Man and the Wasp: Quantumania will launch Phase Five of the MCU. The film will also introduce the shared universe’s new overarching antagonist, Kang the Conqueror. Kang actor Jonathan Majors recently hyped the supervillain’s arrival, describing him as unlike any of the MCU baddies that came before him. “Kang adds tonal diversity, real conflict and real friction,” Majors said. “You’re being introduced to a new vibration in the MCU. There’s conflict — not just mano-a-mano, not just hero and villain, but ‘your way of life’ and ‘my way of life.'”