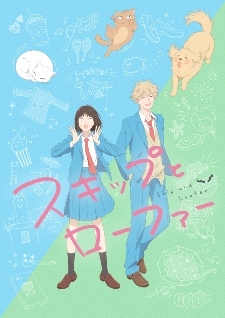 The official website for the television anime adaptation of Misaki Takamutsu’s Skip to Loafer (Skip and Loafer) manga revealed on Monday three supporting cast members and a key visual (pictured). The anime is scheduled to premiere in April 2023.

Takamatsu began drawing the slice of life comedy manga in Monthly Afternoon in August 2018. Kodansha published the eighth volume on Monday. Seven Seas Entertainment licensed the manga in English this February and shipped the sixth volume on November 29, with the seventh volume scheduled to release on May 9.