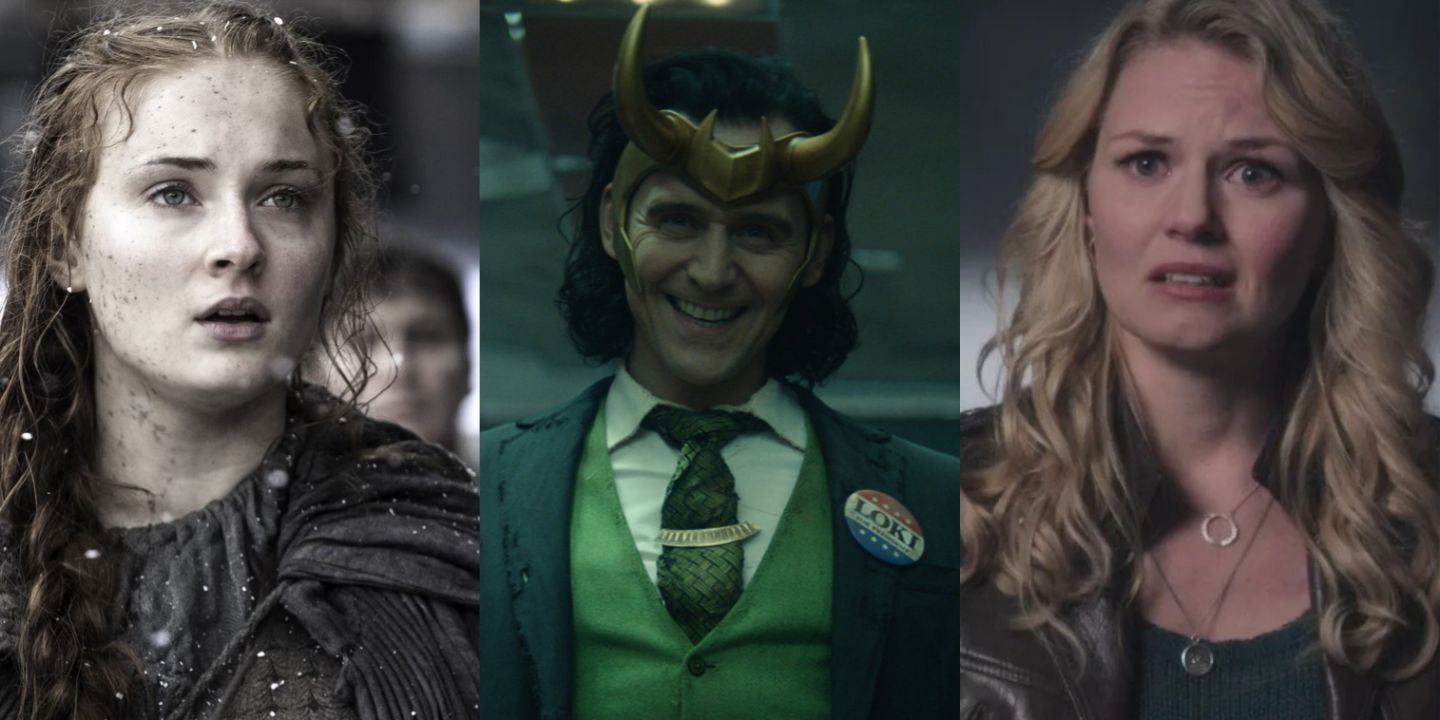 Good character arcs are incredibly satisfying. Audiences can follow a character as they grow into a better person or redeem themselves, which makes a show worth watching. Often, these arcs are kickstarted when a character realizes that change is necessary.

This is typically the first step of a character becoming the best version of themselves. However, some characters grow into outright villains, but fans can still find themselves intrigued and even rooting for the character to succeed. Ultimately, the best character arcs in TV history pull the audience even deeper into the show.

10 Loki Was Much More Fleshed Out

Loki has always toed the line between good and evil. However, in Loki, the God of Mischief is forced to confront his past, present, and future events. Throughout the Disney+ series, fans watch as Loki goes from a shady character to a man who no longer wants to let bad things happen.

Instead of accepting his dream position of ruler of the world, Loki chooses to watch over the timelines to ensure that the world remains safe. The Disney+ Loki is much more fleshed-out than the MCU Loki, and the God of Mischief enjoyed a great character arc in the one-season Marvel series.

In the early seasons of The Vampire Diaries, Caroline is seen as an uptight, gullible, and fake friend. From season one to season two, Caroline had a phenomenal arc as she transitioned from the naive and competitive friend to a protective and loyal person.

From season two onward, Caroline was a force to be reckoned with. She grew increasingly protective of her friends and family while also calling others out on their dishonesty. Caroline may have started as an annoying character, but throughout the seasons, her personality became kinder and less insecure and she stopped trying to tear down others. This made her much more popular with The Vampire Diaries fans.

8 Zuko Became The Best Version Of Himself

Zuko was the villain at the beginning of Avatar: The Last Airbender. He continuously tried to capture Aang and was in a constant state of anger and frustration. Eventually, though, Zuko realized that his honor had been inside of him all along.

After this realization, Zuko started to work with Aang and his friends. He used this to correct his past actions and start living a meaningful life. Fans enjoyed watching Zuko’s character transformation, as he became the best version of himself.

Nick Miller had a rather impressive character arc. He began New Girl as a lost, immature, and irresponsible man who was unsure of what to do with his life. He was completely dependent on others, mainly because he was unable to do anything for himself.

However, by the end of the series, he became more responsible and had even started planning for the future more frequently. He married Jess, was a successful writer, and became a father. Fans agree that Nick can thank Jess and Schmidt for the help, as they encouraged him to do better and be better.

6 Steve Only Cared About Himself

Steve begins Stranger Things as the popular guy in high school who truly only cares about himself. However, the end of season one shows that Steve does have a heart. After season one, Steve turned into the person who everyone could trust and rely on.

Steve was no longer the popular, selfish character in Stranger Things. He became more trustworthy, understanding, and reliable, which was exactly what the friendship group needed. Many of the Stranger Things characters just needed time to grow up, but Steve ultimately became a better person.

Once Upon A Time

Emma Swan from Once Upon A Time was meant to be the savior of Storybrooke, but it took her a while to see that. She began the series not believing in fairytales and wanting to run away from it all. Instead of running, though, Emma decided to stay. Fans are grateful that she did, as this decision kicked off her character arc.

The once scared and skeptical Emma Swan grew to believe in herself. By the end of Once Upon A Time, she accepted the role of savior and gave Storybrooke hope again.

In Buffy the Vampire Slayer, Spike’s character arc was more of a redemption than anything else. He was originally introduced as the unlikable villain who wanted to watch everything perish. However, Spike eventually devoted himself to Buffy, which changed his perspective on humans and life.

Rather than wanting the worst for Sunnydale, Spike decides to sacrifice himself to save the town. Spike gives viewers the classic villain-to-hero character arc as he chooses to save the town he once hated. The once cruel and infuriated vampire became a trusting and understanding person.

3 Walter White Was Easy To Root For

Walter White embarked on a couple of character arcs in Breaking Bad. He went from the average high school teacher to a criminal mastermind. Walter started this journey as a means to help his family. After being diagnosed with cancer, he struggled to pay his medical bills and turned to cooking meth as a means to make ends meet.

RELATED: 10 Most Hated TV Side Characters

However, Walter realized that he was no longer doing it for his family. Instead, he enjoyed being a powerful and successful drug kingpin. Walter was a likable, sincere character in the beginning, which allowed fans to continue to root for him, despite the poor choices he continued to make.

Sansa Stark is one of the most well-liked characters from Game of Thrones. She seemingly transitioned from an annoying girl who was set on marrying a prince to a queen who could hold her own. She endured countless hardships throughout Game of Thrones, like most of the Starks, but she became better for it.

Sansa’s character arc was one of the best in Game of Thrones, and fans enjoyed every moment of it. In the end, Sansa Stark became a courageous queen who stood for what she believed in.

Ben Linus has one of the best character arcs during Lost. In the beginning, Ben is obsessed with power and enjoys using it in all the wrong ways. His character is manipulative and cruel. Ben allowed power to control him and did despicable things to maintain his current standings.

Fans loved to hate Ben, and he got a great redemption arc. Despite all his manipulation and consequential actions, he was able to look inside himself and realize his wrongdoing. Through flashbacks in Lost, viewers saw that he was abused by his dad, which may be why he turned out so nasty. However, these scenes made him more sympathetic. Eventually, Ben became an ally.

NEXT: 10 Most Controversial Shows Of The Last Ten Years