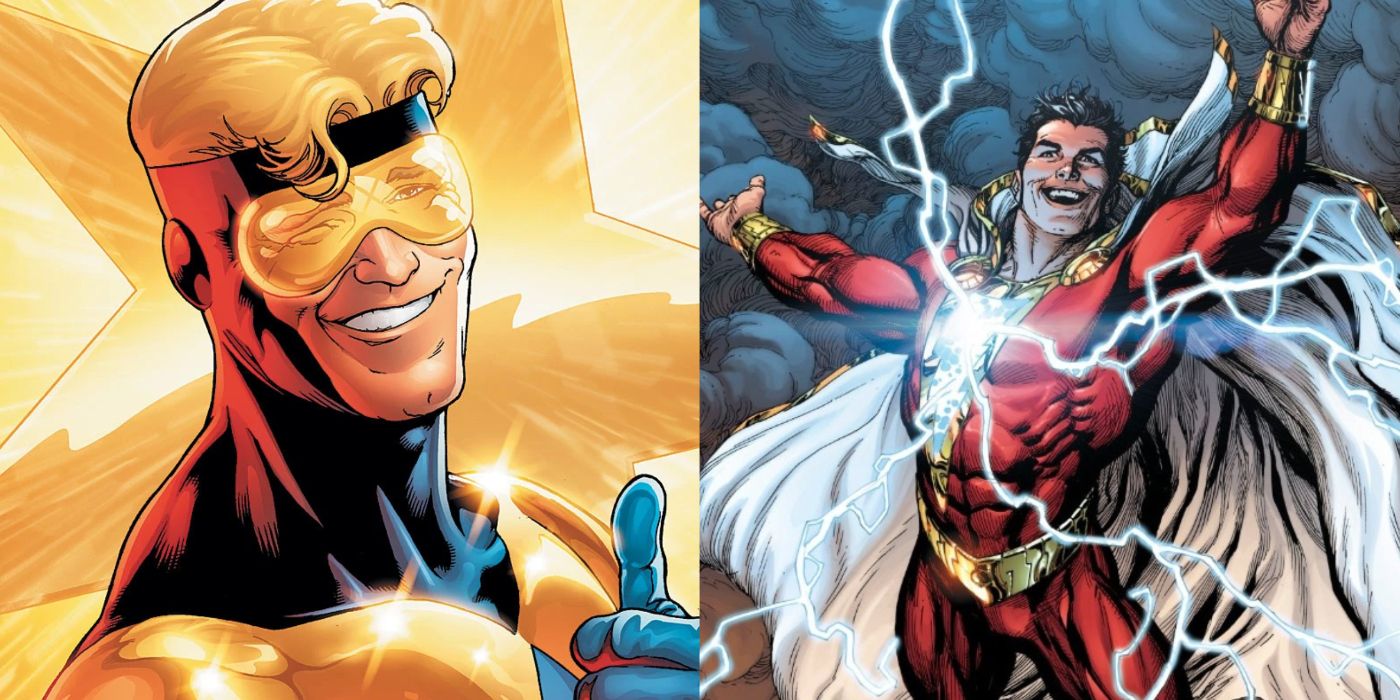 The Justice League has faced off against the most terrible threats in the multiverse, their members triumphing over everything thrown at them. The team has grabbed heroes from around the planet Earth and beyond, bringing them into its number. They are the most skilled and powerful heroes around, an assortment unlike any the multiverse has ever seen.

As good as they are, luck has played a large role in their careers. Many of the League’s best wouldn’t be anywhere without their uncanny luck. Their successes have often been made possible because they were lucky.

Many of DC’s greatest heroes aren’t human. Among them, Martian Manhunter has always been a stalwart protector of his adopted home. J’onn J’onnz was a peace officer on Mars, a Martian with a family dedicated to his people. H’ronmeer’s Curse struck Mars, burning away his race and would have claimed him if Dr. Erdel hadn’t accidentally pulled him to Earth.

Martian Manhunter being alive today is all because he was lucky. He lost his family and his people, but he’s become the last reminder of the greatness of the Green Martians. He’s never stopped doing what he did in his old life, a legacy of heroism that only exists because of luck.

9 Vixen Survived The Detroit League And Still Kept Her Popularity

The Detroit League is infamous in Justice League history. A team of new heroes anchored by Martian Manhunter, Elongated Man, Aquaman, and Zatanna, the team has a certain reputation among League fans. Readers left the book in droves and most of the new characters fell to the wayside. Vibe, Gypsy, and Commander Steel II all faded away, but one of the new heroes stayed around.

Vixen was powered by the Tantu Totem, allowing her to channel the abilities of animals. Fans loved her, and she’s stayed around in the DC Universe. She’s a solid B-lister while the other heroes she debuted with are all gone. She’s extremely lucky to have survived the Detroit League.

8 Animal Man Was Lucky Grant Morrison Had Mercy On Him

Animal Man was never a popular character until writer Grant Morrison took over his book. Morrison took the Silver Age character and dragged him into the 1980s, adding realism and grit to his stories. It all culminated in his wife and kids being slaughtered. After a quest that granted him revenge, he tried to find the source of his suffering.

This led him to Grant Morrison. Their meeting is a hugely important moment in comic history, and it ended with Morrison deciding that maybe the grim stories of the modern age weren’t right. Morrison decided that maybe a little bit of mercy was the thing to give, so they brought Animal Man’s family back to life.

7 The Origin Of Cyborg’s Powers Is All About Luck

DC has a bevy of cool heroes, with Cyborg always standing tall among that number. Ever since the days of the New Teen Titans, Cyborg has been a beloved hero. He’s been the linchpin of multiple teams, including the Justice League. While his time with the main team was lackluster, he did get to lead his own League for a while.

Cyborg’s luck doesn’t have anything to do with his heroism, beyond the normal heroic luck. What makes him lucky is that in both of his origins, he was positions to survive and gain his powers. Pre-New 52, his father was able to make him a cyborg after his accident. Post-New 52, there was a handy Mother Box nearby to save him.

Nightwing is currently DC’s most important character, but he hasn’t had a lot of stints with the Justice League. As a vigilante with no superpowers, luck has played a pretty big role in his life. He may be as skilled as they come, but he’s also been rather lucky. Of course, the fact that he’s a superhero at all is a huge piece of luck.

The night that his parents were killed, Bruce Wayne was in the audience. Wayne saw a young boy whose life had been destroyed by crime and took him in. Along with Alfred, they made a family that helped define all of them and made their lives better. He gained a new life that he wouldn’t have had otherwise.

Batman is the world’s greatest vigilante. Bruce Wayne watched his parents bleed out on the pavement in front of him. He vowed revenge and spent years training, honing himself into the perfect human being. Batman is an amazing hero, a specimen like few others. Hard work plays a huge role in his mission and its success, but there’s no question that luck was a massive part of it.

4 Hawkman’s Life Was Changed Forever When He Met Shiera

Hawkman has had a complex life, and luck has played a huge role. Back in his first life, Carter Hall was K’Tar of the Deathbringers. He helped them cull countless worlds until one day he met and fell in love with Sh’ra, an angelic being. This chance meeting changed his life forever. Love made him leave the Deathbringers, and it earned him his reincarnating life after they punished him and Sh’ra.

He was lucky to meet her and was lucky that she looked past who he was. He was lucky she loved him back. He was most lucky when her love was able to save them both and give them their reincarnating lives, which allowed them to live and save lives for millennia.

Guy Gardner is the mouthiest human Green Lantern, and a veteran of the Justice League. Guy is the type of hero who can a huge help to everyone when he’s actually trying to be. He’s an ace with his ring and brave as can be. He’s the consummate Lantern when it comes to being a hero. It’s everything else that makes Guy hard to deal with.

Guy Gardner is unpleasant, and that’s putting it mildly. He’s rubbed everyone the wrong way at least once and his luck comes from the fact that someone hasn’t taken violent offense to him. Batman may have knocked him out once, but it could have been much worse.

2 Booster Gold Has Always Landed Sunny Side Up

DC has some rather unlikely heroes, something which Booster Gold personifies. Booster Gold can be a pretty great hero when he puts his mind to it, but more often than not, he’s putting his mind to trying to get rich and famous. He has all the potential in the world, but he’s caused more trouble for himself than any villain out there.

However, Booster has some serious luck. He always ends up landing in the best possible positions. Booster should have made a mistake that landed him serious trouble ages ago, but he always comes out of everything smelling of roses.

Shazam has a long history in comics, one that has seen his origin change several times. However, there have been some similarities in all of them. Billy Batson is an orphan who survives on his own for a time and finds the Wizard, who gives him the power of Shazam. As Shazam, Billy is able to create a new family and find purpose like never before.

Luck has always played a big factor in Billy’s life regardless of what origin he had. Surviving on the streets and finding the Wizard were just as much about luck as anything else. Without this luck, he never would have become a hero.