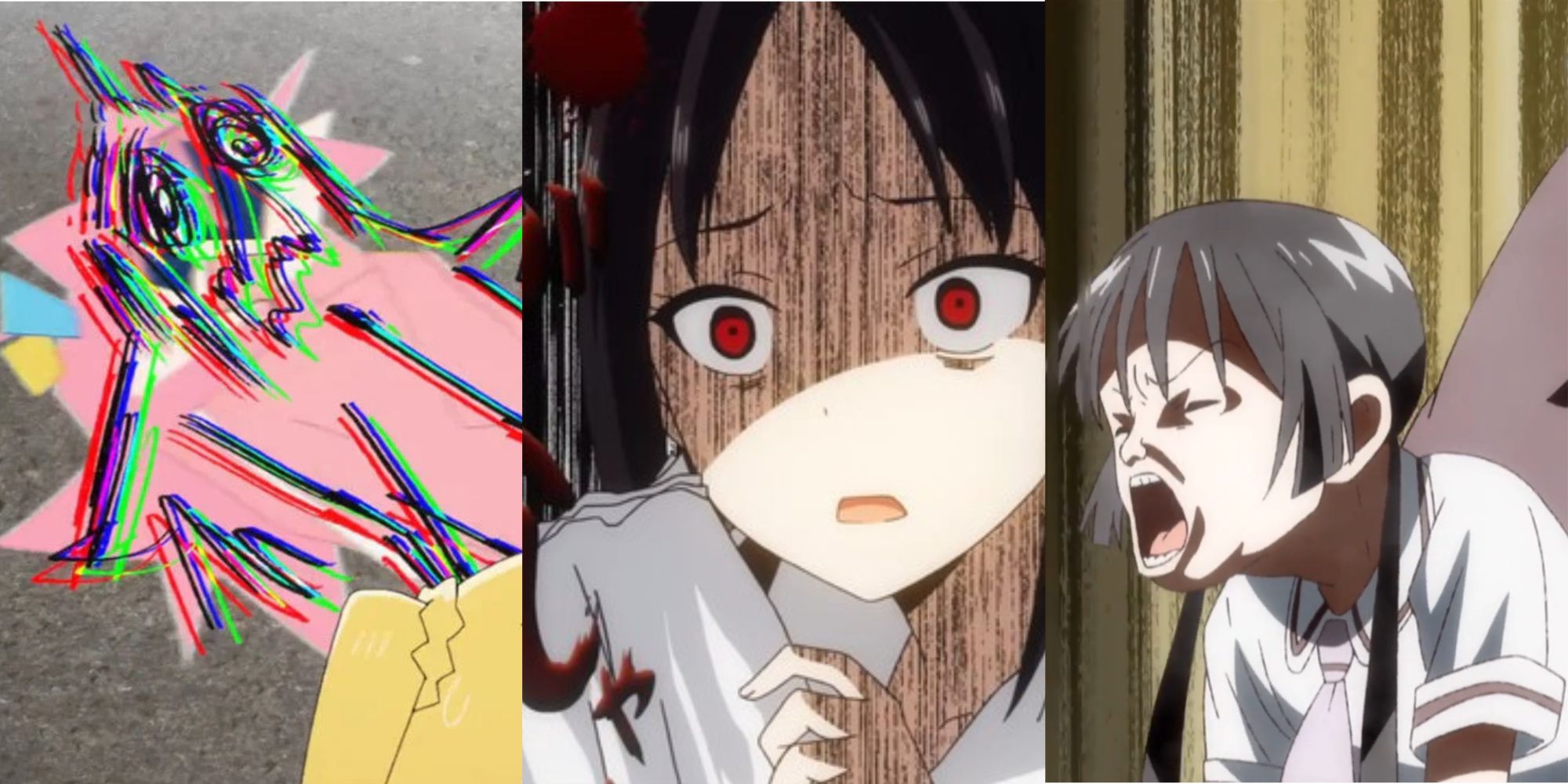 A lot can change within the span of 10 years. Governments can rise and fall, species can go extinct, an anime can finally get a second season — but one thing that never changes is the availability of good comedy. Every year, dozens of comedies are released.

From romcoms to slapstick to fourth-wall-breaking parodies, there’s something for everyone to enjoy, and the past 10 years have not been lacking in laughs. For the sake of convenience, second seasons and above will be excluded from representatives of each year.

11 Even The Devil Has To Rise & Grind

Living a mundane life without magic isn’t easy in The Devil Is A Part-Timer. The Demon Lord Satan retreats from his home world of Ente Isla with his general after being defeated by the noble hero Emilia. Unfortunately, The Devil Is A Part-Timer is an isekai that doesn’t take place in a fantasy world. Modern Japan, the new world he retreats to, has no magic, meaning he has no way to return.

Under the pseudonym Sadou Maou the Devil must now work to make ends meet. He gets a job at a MgRonald’s and becomes determined to work his way up the corporate ladder. The Devil Is A Part-Timer presents a hilarious view of the mundane through the lens of a fantasy character. After a nine-year gap, the anime recently received its second season.

10 Two Siblings Strive To Conquer The World Through Games

The main siblings of No Game No Life, Sora and Shiro, are disappointed with real life. The two shut-ins view it as just a terrible game. However, their lives change unexpectedly when they are scouted by the God of Games Tet and transported into the world of Disboard. In this new world governed by games, they find humanity on the brink of subjugation by Disboard’s other races.

RELATED:10 Anime Characters Who Never Fight With Their Siblings

After befriending the kingdom’s princess, they decide to take on the other races, restore humanity, and become the new rulers of this new world. This fantasy, while funny and exciting has ecchi elements, which may not be to everyone’s tastes.

9 Being The Strongest Hero Can Actually Be Rather Boring

One-Punch Man‘s Saitama is a hero as a hobby. However, he has found that his hobby has begun to lose its luster. After his three years of training, he is now so powerful that any enemy he encounters can be taken out in one punch. His life has become rather boring. However, one day Saitama catches the attention of Genos, a young cyborg.

Genos convinces Saitama to join the Hero Association, offering him a chance to feel the excitement of battle he once felt. A source of many memes, One-Punch Man is an action-packed comedy that parodies the superhero genre and shows that a protagonist who can take out anyone in one punch can still be entertaining.

After dying an incredibly pathetic death, Kazuma Satou, Konosuba‘s protagonist, is given the opportunity to reincarnate in another world as a hero by the goddess Aqua. Being extremely petty, he decides to drag the goddess into the new world with him. He forms a hero party, only to find out that each of the supposedly strong members is useless in various ways.

Stuck with his crappy team, Kazuma worries more about earning enough to pay for their next meal than taking on the Demon Lord. With a quirky cast and plenty of shenanigans parodying fantasy and isekai tropes, it truly is a wonderful world.

RELATED: 10 Best Comedy Anime No One Expected To Succeed

Tsurezure Children‘s short episode length and focus on multiple couples may not be everyone’s cup of tea. However, those looking for a shonen romcom with wholesome romances without excessive melodrama will like the series. It’s almost guaranteed that the viewer will find at least one couple that they resonate with and are really into.

Don’t be fooled by the opening with its cute and fluffy song and visuals; Asobi Asobase is a surreal comedy full of comedic extremes. The series begins with strait-laced, intimidating loner Kasumi Nomura striking up an odd friendship with two girls named Hanako Honda and Olivia.

The three form a “Pastime Club” where they play games and have fun. Instead of being a laid-back slice-of-life with cute girls, Asobi Asobase goes to extremes with its comedy. The girls take their games way too seriously, overact, and indulge in schadenfreude.

5 The First To Confess Loses

At the prestigious Shuchiin Academy Kaguya Shinomiya, an heiress from a cold, but powerful family, is the vice president of the school’s student council. She’s in love with the impoverished but intelligent student council president, Miyuki Shirogane. And as it turns out, he’s into her too. However, in the war of love, whoever confesses first loses.

Kaguya-sama: Love Is War is about the battle between these two. Neither Kaguya, nor Miyuki wants to be the first to fall, so they plan and plot against each other in hope of forcing the other to confess. Caught in between them are their oblivious fellow student council members and classmates.

Keep Your Hands Off Eizouken is a love letter to animation. Three girls, Midori Asakusa, Sayaka Kanamori, and Tsubame Mizusaki share an intense passion for art and animation. They start an animation club and begin making an animation that will wow the world.

The animators that adapted the manga love animation just as much as the characters do. Complete with a very memorable intro and vivid animation sequences, Keep Your Hands Off Eizouken is a testament to the potential of animation.

3 Here’s A Lesson From Uramichi: Adult Life Is Soul Destroying

Being an adult is suffering. Uramichi Omota is a former gymnast and current host of “Together With Mama,” a cheery show for preschoolers. While he and his cast mates put on cheery smiles for the camera, their adult cynicism can’t be completely hidden.

In Life Lessons From Uramichi Oniisan, the titular character frequently reveals the harsh and depressing side of reality.A lot of the humor in the show comes from the ridiculous situations the cast is put in because of their job and how relatable their struggles as adults are.

In Bocchi the Rock, Hitori “Bocchi” Gotou, a socially anxious girl, learns to play guitar and dreams of playing in a band. Unfortunately, her social anxiety prevents her from making friends and showing off her talents — that is until she’s drafted into a Kessoku Band by a girl she met at a park.

Bocchi is excited to finally have the chance to be in a band and make friends, but her anxieties won’t give in that easily. Every step Bocchi takes toward achieving her dream — even just selling five tickets — is accompanied by an internal freakout, but Bocchi perseveres.

Buddy Daddies is a currently airing buddy comedy about two assassins who take in a four-year-old after killing her father. Main characters Kazuki Kurusu and Rei Suwa are polar opposites, but it’s clear that their opposite personalities complement each other and create an interesting dynamic.

When Miri is brought into the picture, both are forced to act as her “papas” without really knowing how. This comedy of two single guys in their 20s suddenly having to take care of a preschooler while also being hitmen for hire is simultaneously hilarious and heartwarming.

NEXT:10 Comedy Anime That Turned Out To Be Surprisingly Deep 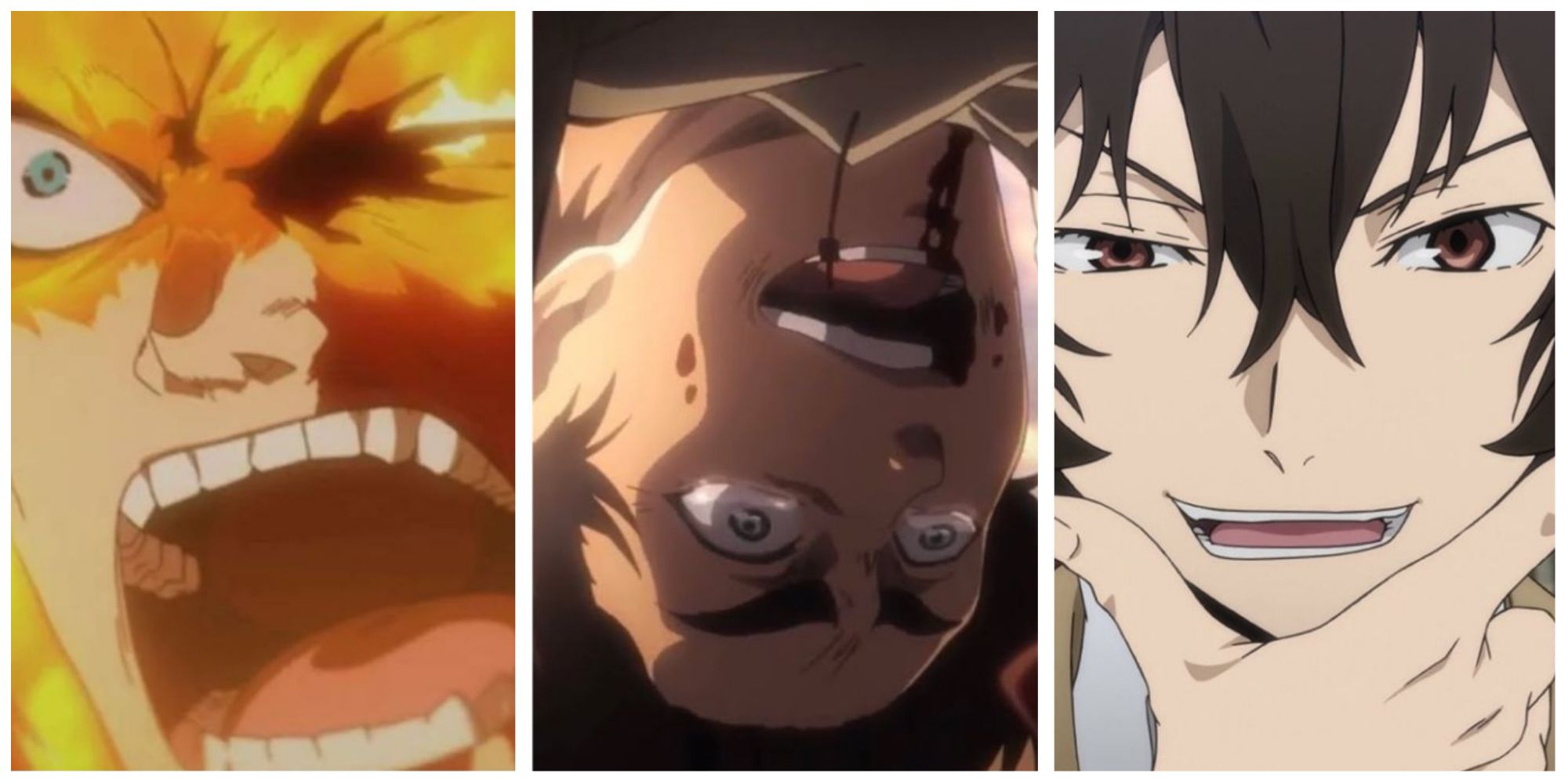 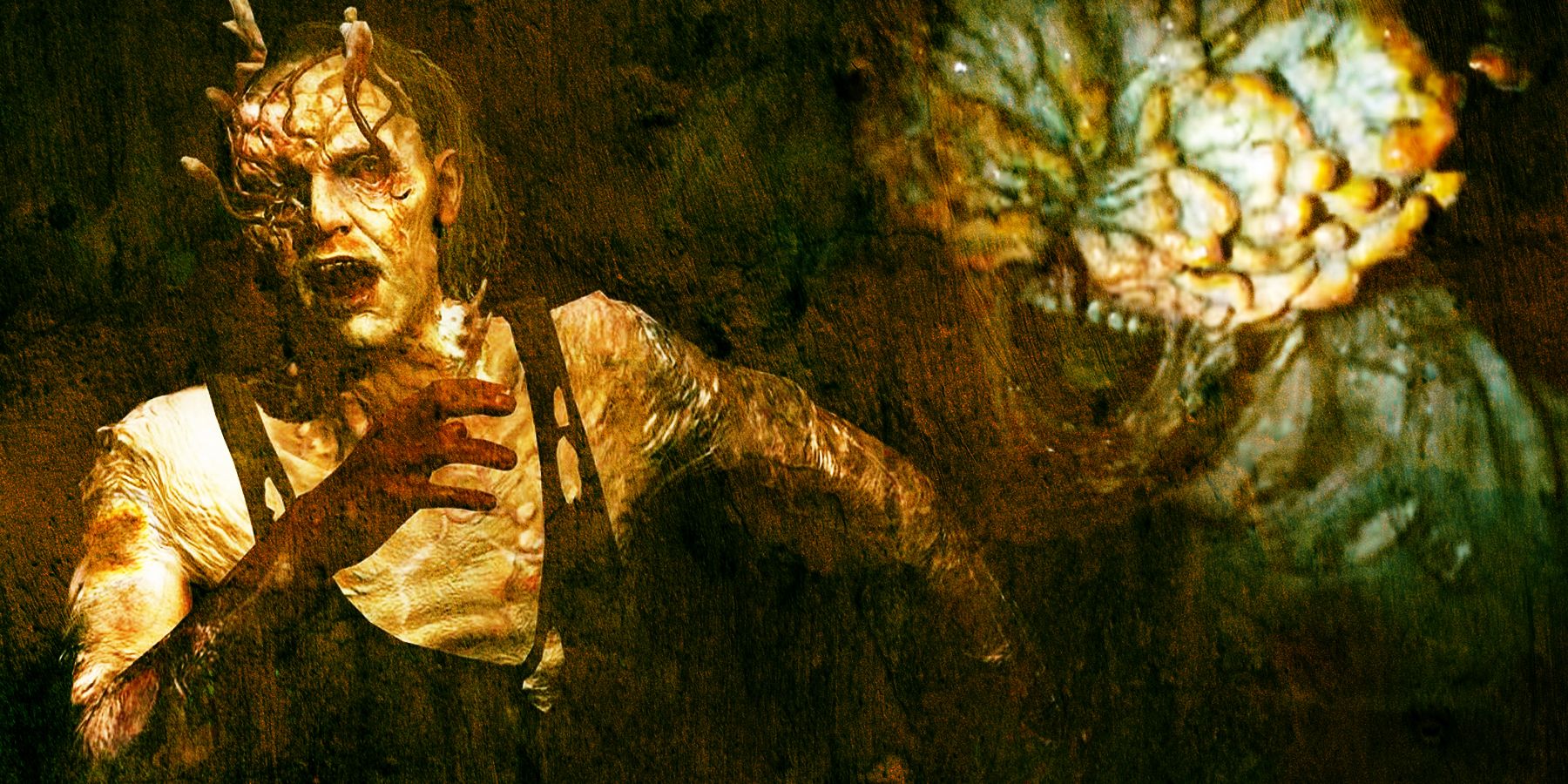 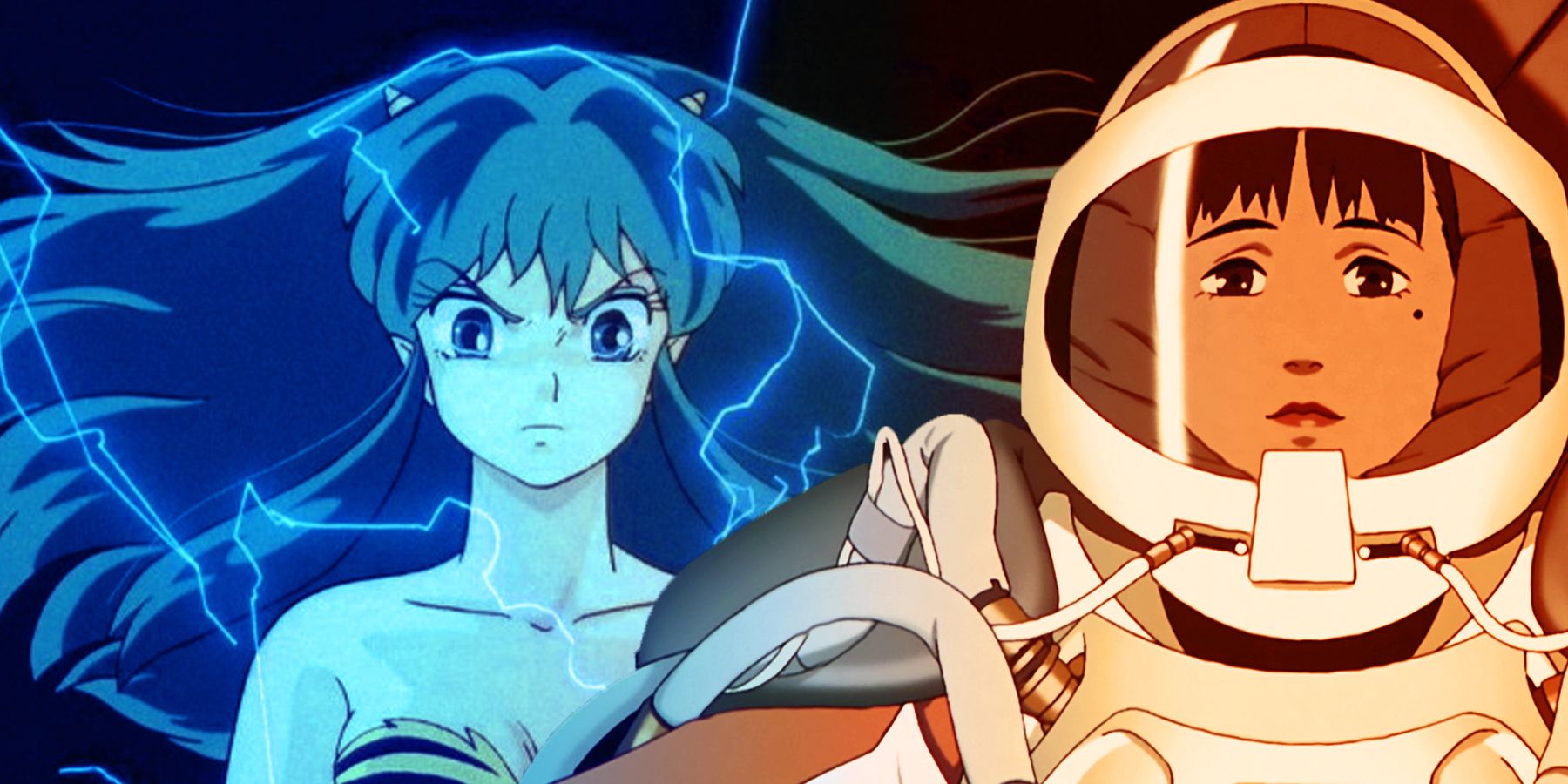