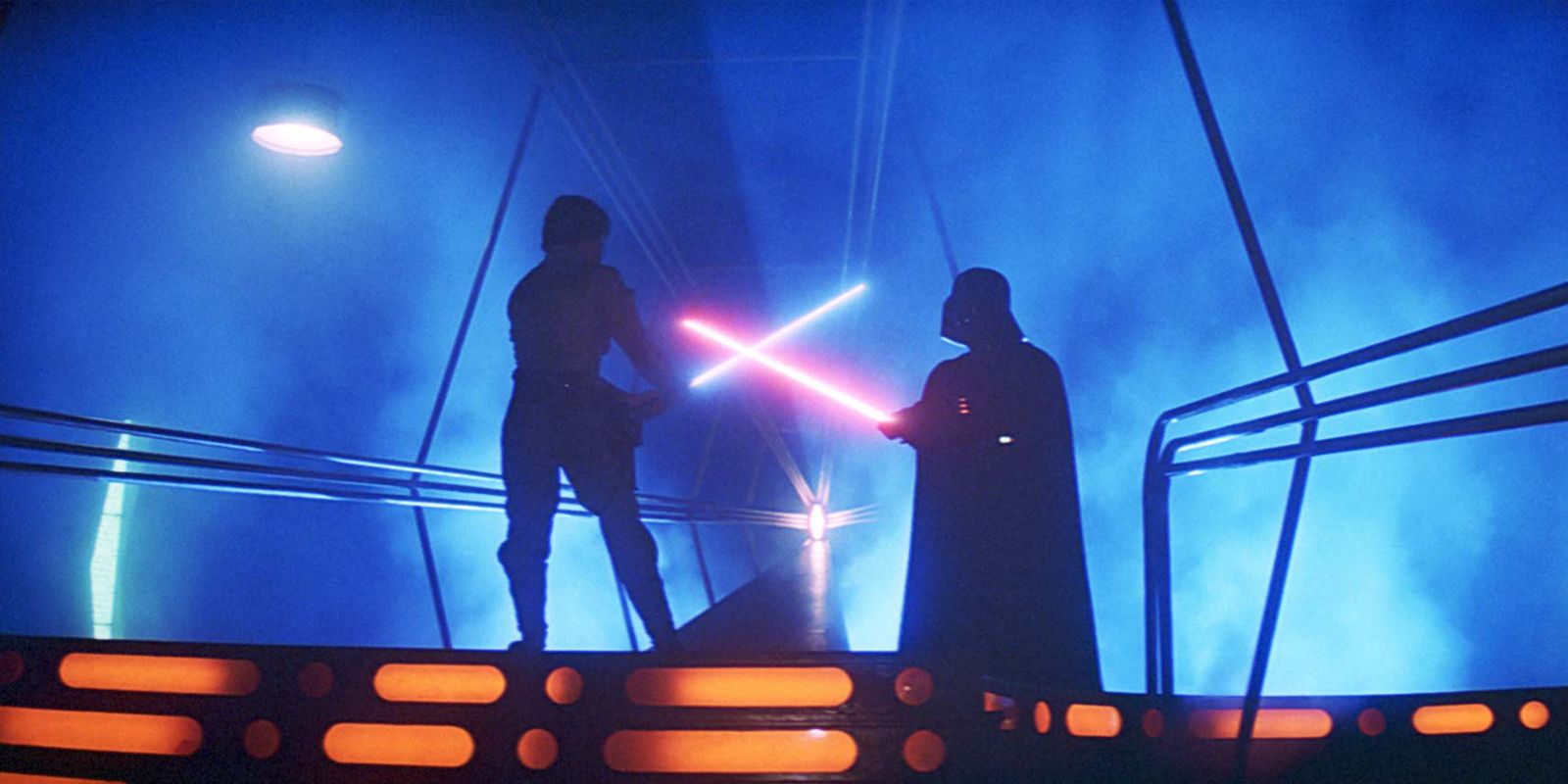 The Empire Strikes Back star Mark Hamill and cinematographer Peter Suschitzky talk about the challenges faced when they shot the climactic battle.

The iconic lightsaber battle between Luke Skywalker and Darth Vader in 1980’s The Empire Strikes Back turned out the way it did because of budget constraints.

In the new issue of Empire Magazine, The Empire Strikes Back cinematographer Peter Suschitzky revealed they would have liked to add more to the Carbon Freezing Chamber set, but couldn’t because production was 26 days over schedule and they lacked the necessary construction budget to build a proper background. Therefore, they were forced to use black drapes for the backdrop of the historic battle. “It was a great challenge to be faced with but I thought we could do something interesting with steam, smoke, and rays of light,” Suschitzky said. “I decided off my own bat to do it in orange and blue.”

Luke Skywalker actor Mark Hamill discussed other challenges that occurred while filming the scene. The actor revealed that even though the in-universe location was supposed to be cold, in reality, the set was scorching hot. “They had to keep mopping me down because, as I would do the physicality of the fight choreography, I would sweat buckets,” he said. Hamill admitted that his profuse sweating is very obvious in the final cut of the film, as his hair is clearly wet during the climactic battle.

The Empire Strikes Back Was a Challenge For Hamill

Perhaps a bigger problem than sweating, Hamill also revealed there was some conflict between him and director Irvin Kershner while filming the scene. He stated that he would get frustrated at times when Kershner would challenge him. However, he believes the director was challenging him in “a really good way,” and now only has enjoyable memories of shooting the duel. “Once the choreography became second nature to me, it felt really good,” Hamill said. “Also, it was a great way to lose weight. You can eat anything you want, and you lose many pounds per week. It’s difficult but satisfying.”

Since starring in the original trilogy of Star Wars films in the late ’70s and early ’80s, Hamill has since reprised his role as Luke Skywalker in numerous projects, including all three of the sequel trilogy movies. The sequel trilogy began with The Force Awakens in 2015, followed by The Last Jedi in 2017 and The Rise of Skywalker in 2019. In addition, Lucasfilm has utilized deepfake technology to allow the actor to return as a younger version of Luke Skywalker in the Disney+ shows The Mandalorian and The Book of Boba Fett.

All Star Wars movies, including The Empire Strikes Back, are available to stream on Disney+.