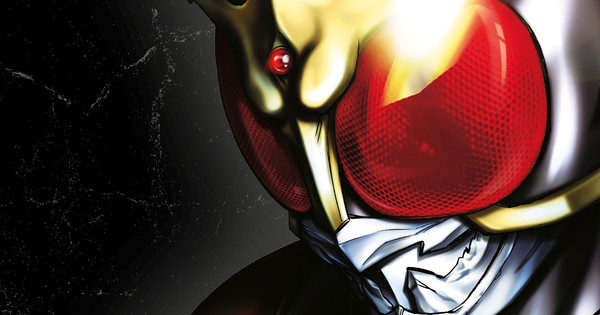 ANN has become aware that the preview pages provided by Titan Comics‘ new imprint Titan Manga for Shotaro Ishinomori, Toshiki Inoue, and Hitotsu Yokoshima‘s Kamen Rider Kuuga manga do not reflect the actual final product and are different in the final product. ANN reached out to Titan Manga, which provided the following comment:

In response to fan discussion online regarding the recent manga releases of Kamen Rider Kuuga Volumes 1 and 2, we wanted to address some points that have been raised and provide clarity. We appreciate the fans bringing this to our attention.

In April 2022, early draft pages (three pages for Volume 1 and four pages for Volume 2) were translated for marketing purposes, as we wanted to get the artwork out as soon as possible for the fans. These may still be circulating on the web. The actual translation for the printed books (approved by Titan and licensors) were worked on by two highly respected translators in the business.

We’re thrilled to be releasing such a beloved franchise as Kamen Rider Kuuga to English-language audiences, and value the fans’ comments.

Titan Manga published the first volume of Kamen Rider Kuuga on November 8 and the second volume on January 10.

Titan Comics launched its new Titan Manga imprint in March 2022 when it announced a release of a director’s cut edition of Takashi Okazaki‘s 1999 Afro Samurai seinen manga on July 26.

Kamen Rider Kuuga is a manga adaptation of the famous Japanese TV drama series of the same name, centered around the first incarnation of the Kamen Rider hero for the Heisei Era (the beginning of the 21st century). This manga goes beyond the bounds of a normal adaptation and redefines its hero for modern audiences, expanding its universe and connecting it to other incarnations of the bug-eyed hero in a completely approachable way for new readers who haven’t encountered a Kamen Rider story before. It’s a perfect starting point for anyone who wants to know why Kamen Rider is so beloved by people around the world.

Artist Hitotsu Yokoshima launched the manga, the third one based on the live-action Kamen Rider Kuuga television series, in Hero’s Inc.‘s Monthly Hero’s magazine in November 2014. Toshiki Inoue, one of the scriptwriters for the live-action series, writes the scripts for the manga, and producer Shinichiro Shirakura (Gekijōban Kamen Rider 555: Paradise Lost) plans the series.

The manga moved to the Comiplex website when Monthly Hero’s ended publication in October 2020. The 19th compiled book volume in the series shipped in Japan on March 29.

The “Kamen Rider 50th Anniversary and Beyond” panel at the Comic-Con Special Edition event last November had announced that StoneBot Studios would be publishing the manga in English.

The Kamen Rider Kuuga television series aired from 2000 to 2001. The series was Toei‘s first new Kamen Rider series following the passing of creator Shotaro Ishinomori, and it marked the beginning of the Heisei-era Kamen Rider series. Shout! Factory TV is streaming the series online.