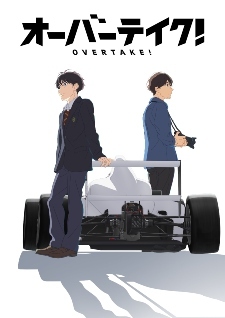 Freelance photographer Kouya Madoka is in the midst of a slump due to a certain reason. While working on a story at the Fuji International Speedway, he meets the high school F4 racer Haruka Asahina and he suddenly finds his heart racing once again. He decides to support Asahina and help him make his dream come true with the small team, Komaki Motors. With this, the lives of Madoka and Asahina, who have completely different personalities and ages, intersect with each other.