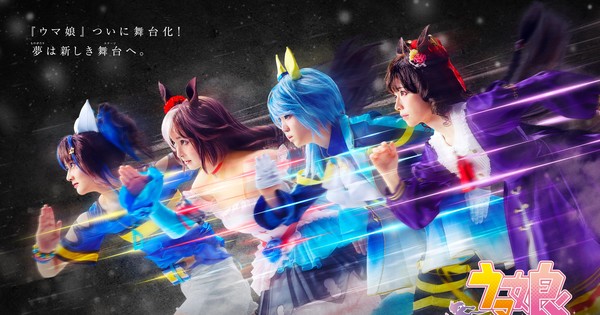 The official website for Uma Musume Pretty Derby: Sprinters’ Story, the first stage play for the Uma Musume Pretty Derby franchise, announced on Monday that the play is canceling three performances on Monday and Tuesday due to the poor health of someone involved in the production. The website stated it is abiding by the COVID-19 guidelines of The Association of Public Theaters and Halls in Japan. The staff canceled one performance on Monday and two for Tuesday. The staff will reveal on Wednesday it is canceling any more performances.

The play is running in Tokyo’s Shinagawa Prince Hotel from January 15-29 and features singing, dancing, and racing.

A special anime commemorating the first anniversary of the game debuted online in February 2022.