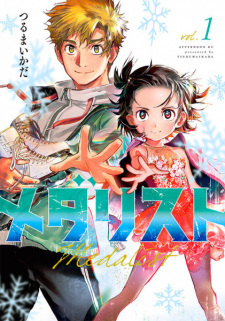 The winners of the 68th Shougakukan manga awards were announced on Wednesday.

Tsurumaikada’s sports manga made its debut in the monthly Afternoon magazine in 2020. The series’ seventh volume was released by Kodansha on December 22, 2022. Its North American subsidiary, Kodansha USA, licensed the title in English in 2021. They have since released five compiled volumes digitally, with the latest one released on October 18, 2022.

Yofukashi no Uta (Call of the Night)

The manga written and illustrated by Kotoyama has been serialized in the weekly Shounen Sunday magazine since 2019. Its 14th volume was released on December 16, 2022. North American publisher VIZ Media licensed the series in 2020 under the title Call of the Night. The publisher released its tenth volume on December 13, 2022. LIDENFILMS adapted the series into a 13-episode anime that aired in Summer 2022. The anime was licensed by Sentai Filmworks, where it was simulcast through its streaming service HIDIVE in select regions.

The drama manga penned by Makoto Akui began its serialization in the Ura Sunday web magazine in 2017. Shougakukan published the series’ tenth volume on April 19, 2022. An anime adaptation produced by Nippon Animation and set to premiere in April 2023 via NHK-E was announced in 2022.

Ashita, Watashi wa Dareka no Kanojo (Tomorrow I Will Be Someone’s Girlfriend)

Hinao Wono’s Ashita, Watashi wa Dareka no Kanojo has been serialized in the online magazine Cycomics since 2019. Shougakukan released its 12th compiled volume on October 19, 2022. The series made it into the Male Readers’ category of the Kono Manga ga Sugoi rankings in 2022, where it placed 18th. A 12-episode live-action drama series based on the manga aired in 2022 via MBS and TBS.

A romance manga written and illlustrated by Minori Kurosaki that made its debut in the monthly Ribon Magazine in 2019. The series’ tenth compiled volume was published by Shueisha on September 22, 2022.